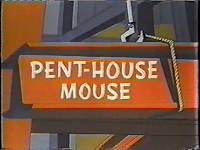 As I said, I enjoy Chuck Jones films very much, but it is clear that he never quite knew what to do with Tom and Jerry. The films have that great Jones look to them but the stories are rather flat and they are anything but funny. 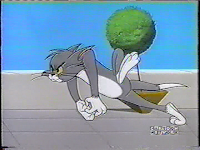 The title of Pent-House Mouse comes from the fact that Tom lives in a penthouse (and it conveniently rhymes with mouse, I suppose). A starving Jerry comes across an unwatched lunchbox at a construction site near Tom's house. 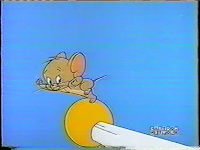 Typical construction site physics ensure that Jerry is dropped into Tom's waiting hand. Jerry escapes back to the work zone only to figure that Tom's mouth offers a more safe place to be. 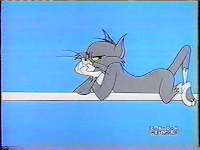 There is a strange flyswatter sequence that needs no more attention here. Finally Jerry manages to dump Tom off the roof, into the construction site, where an out of control barrel ride lands the cat into a dog show. Offscreen violence ensues. 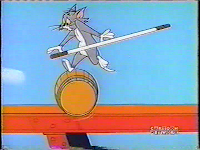