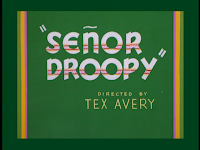 Regardless of what Eddie Selzer might say, cartoons about bullfights are in fact funny. 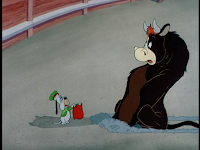 It's Droopy vs. the Wolf battling against a bull for the coveted prize of a lovely mexican actress. The bull immediately dismisses Droopy as no real challenge, before sparring with the wolf. The wolf, at first, has the upper hand throughout numerous sight gags. 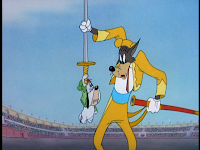 Droopy appears peridoically to make another feeble attempt at slaying the bull, but fails until the tables are turned on the wolf. 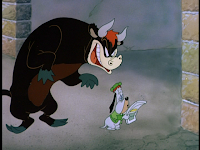 We learn that Droopy has a breaking point when the bull doodles a fake mustache and beard on Droopy's pin-up girl. "You know what? That makes me mad."
Droopy suddenly exhibits superior strength as he pummels the bull and wins the hand of his dream girl. 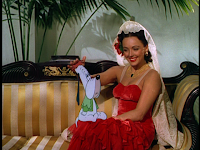