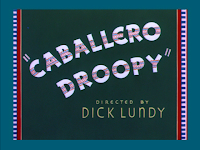 "Caballero Droopy" is the one Droopy cartoon directed by Dick Lundy and while it is entertaining, it lacks the Tex Avery touch. 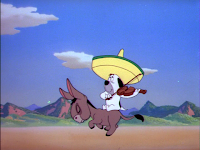 Following previous plots, the film has Droopy and the Wolf competing for the affections of a lovely senorita. 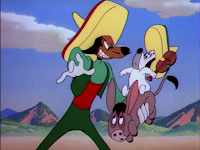 Droopy is never antagonistic but rather annoys the wolf simply by existing. At one point, Droopy wins a kiss only to mumble "that's not sanitary" before spritzing himself with cleanser. 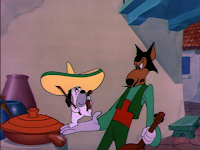 A mock-bullfight inadvertantly disturbs a real bull and obviously the wolf gets the brunt of the misunderstanding. 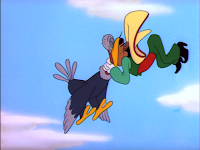