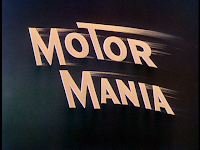 Once in a while, a cartoon comes along that deals with an issue we can all relate to. In this case, the issue is road rage and Goofy is behind the wheel. 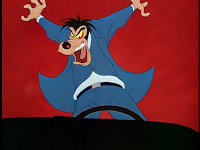 The concept here is that Goofy, "Mr. Walker", is a mild-mannered, good natured civilian, but when he gets into his car he becomes Mr. Wheeler, an aggressive, road-raging menace who is drunk on power. 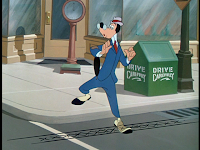 As I said, we can all relate. I have been the recipient numerous times of an unwarranted "finger", but I have to admit that there are other times when I can rage with the best of them. This film really holds up the mirror to the viewer and makes you think about your own actions while driving. 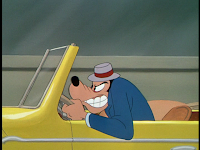 The new theme music for the Goofy cartoons helps us understand that this is no longer the Goofy of the past. No more bumbling Dippy Dawg. No more would-be sports star. Goofy is now the common man and his cartoons would deal with the day-to-day stresses in the life of a domestic family man. 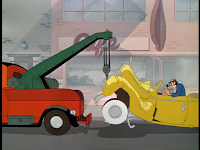 So next time you're driving, ask yourself if you could be a little less like Mr. Wheeler, because the end result is usually the same as Goofy's in this cartoon.
Posted by Coyote at 7:16 PM