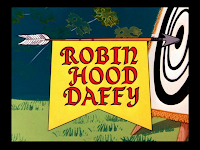 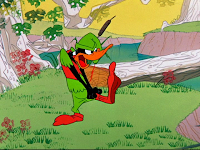 Daffy's "buck-and-a-quarter quarterstaff" lands him in the drink, much to the amusement of Porky. Once Daffy's bill is knocked upwards once, it then involuntarily assumes the position repeatedly during the cartoon. 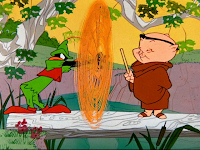 To prove he is Robin Hood, Daffy is determined to rob a wealthy traveller and give the gold to "some poor, unworthy slob".
What follows is a series of gags resembling those in the Road Runner films, with Daffy mirroring the fate of the Coyote. 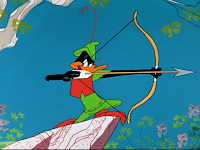 After being crushed and flattened multiple times, Daffy finally decides to give up and just join Porky as "Friar Duck." 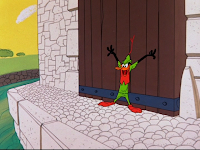