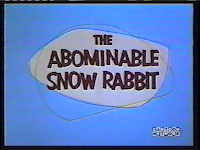 While trying to think of memorable bits of dialogue from any Looney Tunes from the 1960's, "The Abominable Snow Rabbit" is really the only one that I can think of.
Working in the veterinary field, I have found myself, more than once, using the phrase "I will name him George and I will pet him and hug him and squeeze him..." 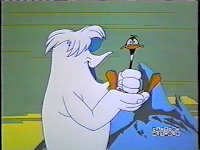 Another wrong turn lands Bugs and Daffy in the arctic. Daffy encounters the abominable snowman and the sleeves of Daffy's sweater make the giant think that he is a rabbit. Apparently, the snowman has always wanted "a cute little bunny rabbit" upon which to lavish affection. The only problem is that his affection hurts...a lot. 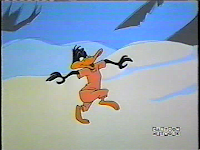 The film consists of Bugs and Daffy pawning each other off on the snowman, who is too dumb to know a real rabbit when he sees one. Daffy's logic: "I'm not like other people. I don't like pain. It hurts me." 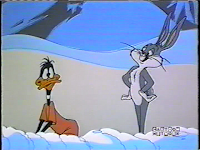 The snowman tracks Bugs and Daffy to a more tropical setting, where he gets one last squeeze on Daffy before he melts away. 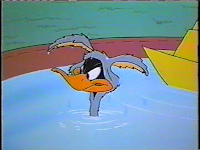 It's about this time of the year when I begin quoting "Gosh, it's hot..."