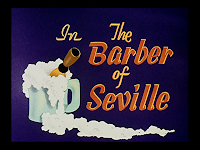 Woody takes over an abandoned barber shop in "Barber of Seville". After disrespecting and disposing of an indian customer, Woody's next client asks for "the works". Big mistake. 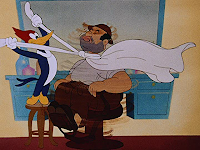 Woody uses his beak as a flamethrower to burn the helmet off of the man, then gets overzealous with the shaving cream. 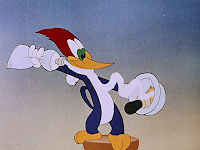 Woody warbles opera as he terrorizes the man with a razor blade, in a fast-paced climax which sends the customer running for his life. 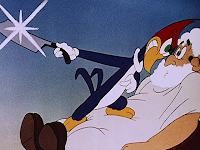 Director Shamus Culhane uses the woodpecker's insanity to great effect and this cartoon is considered by many to be one of Woody's best. It's one of those films that you need to see to appreciate, since words really can't do it justice. 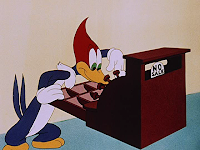 A Masterpiece.
That's all I can say.